NFL – They Saved the Best for Last

I’m a longtime fan of the NFL, so I was looking forward to the season getting started. It’s been quite a controversial pre-season. One does not need to follow the sport to know that – it’s been in the news and debated in social media everywhere.

Last night concluded the opening weekend of the 2016 NFL season. From Thursday night through Monday night, I watched all 7 of the games that were televised in my area. As much as I love watching the teams compete, there are some aspects of gridline battles that I really don’t like: intentionally trying to harm an opponent (that goes way beyond unsportsmanlike behavior); breaking the rules to gain advantage (then throwing a tantrum when flagged for the action); and showboating after a play (hey guys, make the play you’re paid big bucks to make and move on to the next). With this kind of behavior on the field (on their jobs), it’s not surprising to see some professional players in trouble off the field. 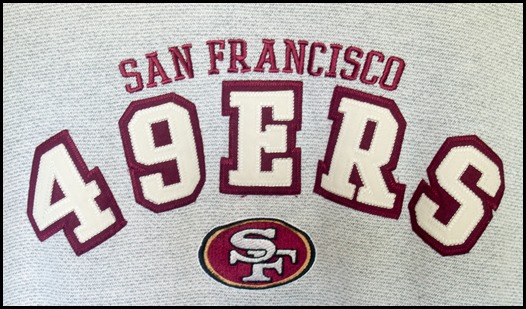 The opening week of the new NFL season concluded with the San Francisco 49ers and the LA Rams taking the field. It was really refreshing to watch a team play the best they could without intentionally breaking the rules, attempting to harm an opponent and showboating antics after a play. At the end of the third quarter, the 49ers had drawn no flags. By the end of the game they had only 2 flags thrown against them – both for timing issues. For the San Francisco 49ers, men showed up to play…Professional men. Sports Pros that are the kind of role models I want to see a lot more of.

Imagine if this continued the entire season. Imagine if this spilled over to entire National Football League. Imagine if this became the norm for all professional sports. We just might see role models that make a positive change, not only for kids and also for adults. Changing how one person treats another, whereby so many people might benefit. Talk about addressing issues. Not just one issue, but just about all of them. Yes, just imagine…

Maybe change can start on the football field.