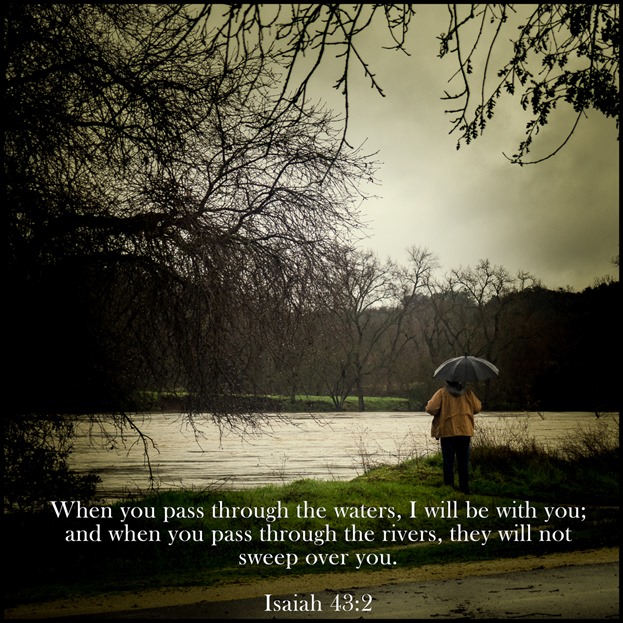 Thankfully, we’ve had a very productive rainy season so far. It’s been an answer to so many prayers. Some reports say that California is officially out of the draught. Others say that there are still some areas that are classified as still experiencing the draught.

Living close to the American River, I’ve noticed just how much the river has risen these last few weeks. Hubby and I took advantage of a little brake in the rain to check it out…up close and personal. He’s quite comfortable being right at the river’s edge. As for me, well the biggest body of water I feel at ease around is an Olympic size swimming pool.

There is a bridge across the river that is used by walkers, runners, and bikers. When we were there, the bridge was completely under water. 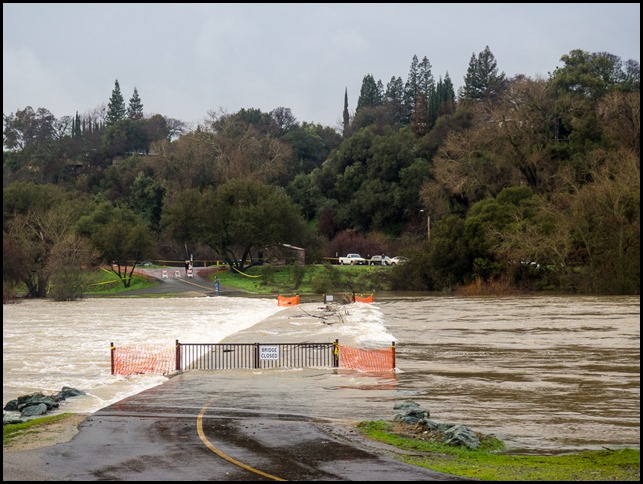 The last time we had a really rainy season the river rose a lot then too. But it didn’t cover the bridge. That was in December of 2010. 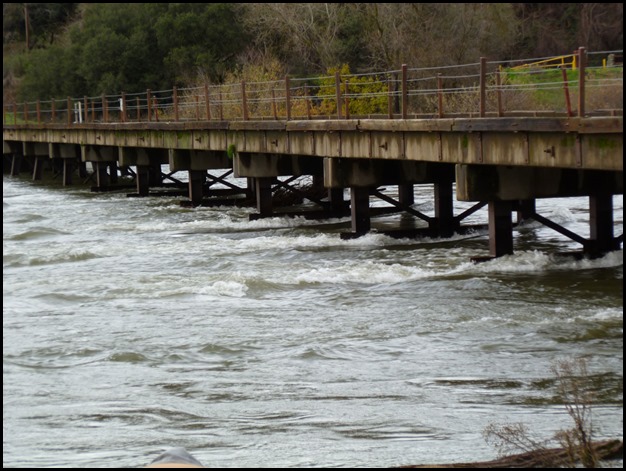 Further up the river, we noticed that the parking lot near the boat launch was now just another part of the river. Some picnic areas and parts of bike paths are gone from sight – at least till the river goes back down. 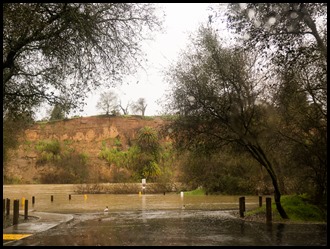 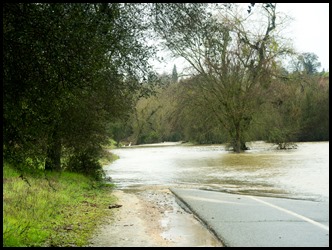 Linking up with Jennifer at her blog, http://www.glimpseofourlife.com/